In August 2019 I organised and carried out a photographic recreation of the 1966 St Trinian's Train Robbery film at Gotherington in Gloucestershire, which was later featured in two national magazines.

Shortly afterwards, I thought it would be a great idea to shoot in London and visit the locations with the girls to perform our take on the modern day movies. This project took 13 months to plan and was postponed on three occasions, then finally on Sunday 13th September the girls marched on to the quiet London streets!

It was great fun to organise and photograph, my team of 17 were absolutely superb in helping on the run up and on the day itself. Due to covid-19 restrictions, it was sensible to stay away from public transport, so it was necessary to walk inbetween each venue.

The girls are a combination of friends and actresses, some of whom have appeared on stage and screen. Each character had their own identity and it was important to keep the theme in line with the films that came out in 2008 and 2010 respectively. The St Trinians outfits were sourced online over the summer to individually fit each model. The pinafore dresses, tights, stockings, shoes, shirts, jumpers, hair extensions and St Trinian's badges were sourced from Asos, Ebay, Matalan, Next, Fancy dress shops and Accessorize. The hockey sticks were kindly donated by Tewkesbury School. The whole project cost just under £1000.

The locations used were, Trafalgar Square, 10 Downing Street (actually 10 Adam Street), Millennium Bridge, London Eye and The Globe Theatre.
It was great fun, everyone involved had a laugh and it brightened the spirits of those around us who wandered past as we were shooting.

We ensured that everyone was sensible with the current pandemic rules. The shoot wouldn't have taken place if it wasn't safe for my team.
THE CAST
In order of appearance: Moa, Lara, Charley, Becca, Serena, Michelle, Izzy, Claire, Jess, Katie, Lucy, Rosie and Zoë. 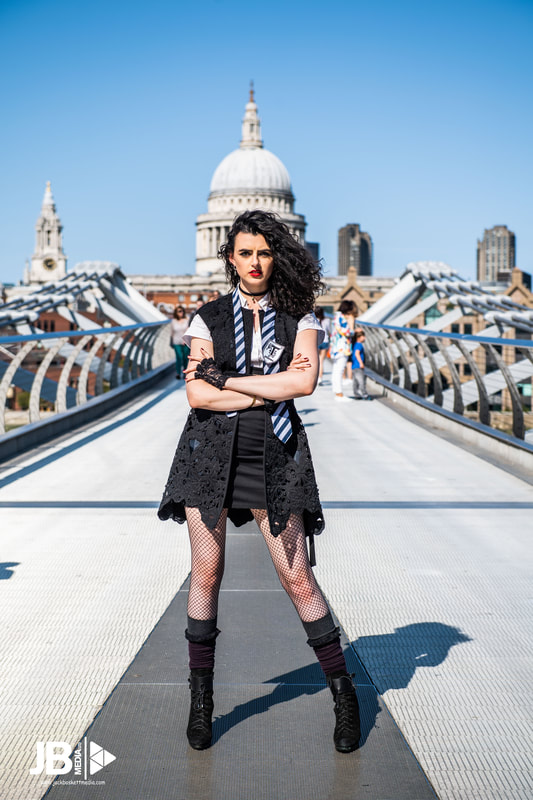 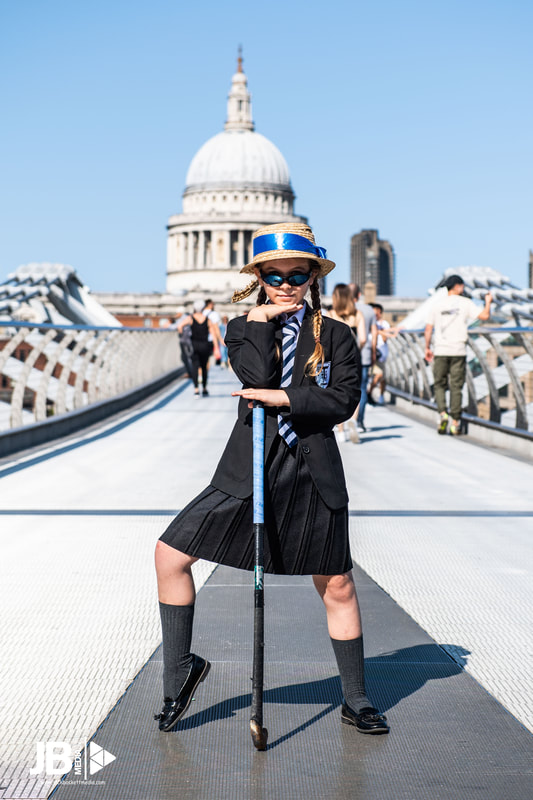 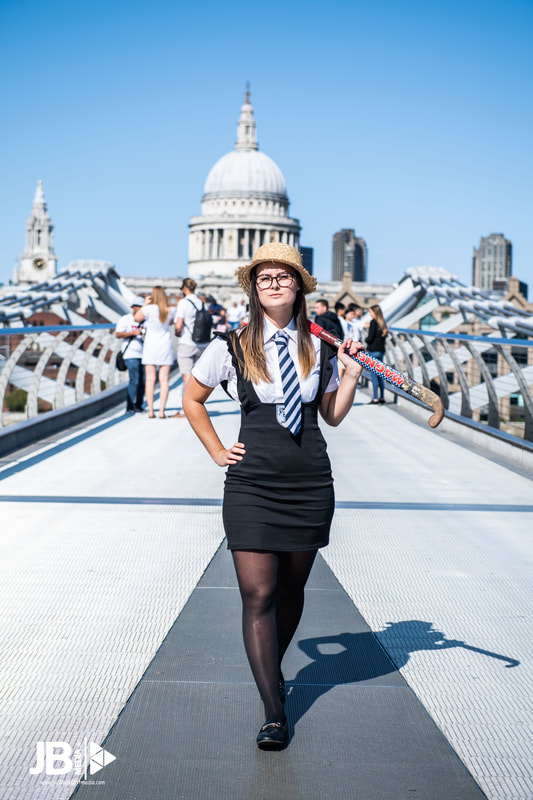 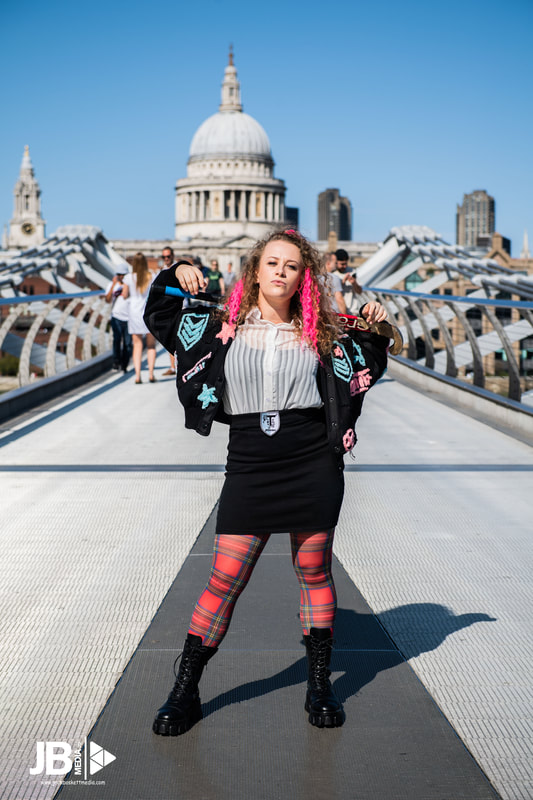 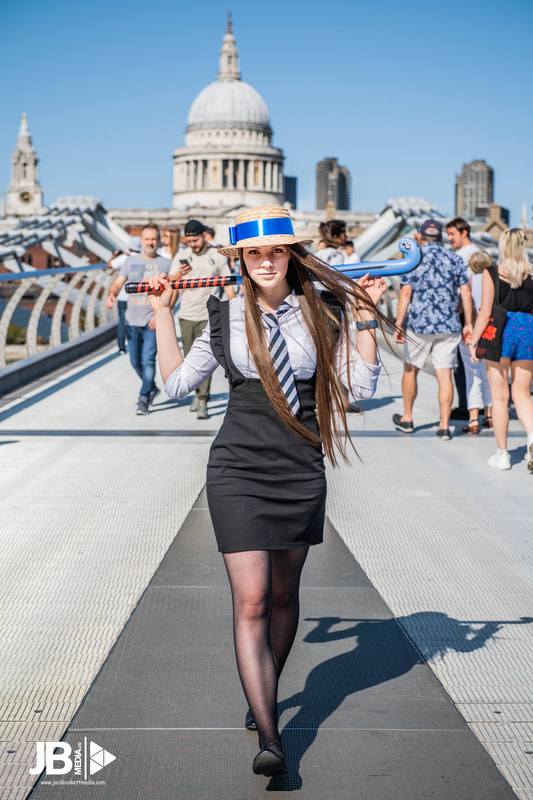 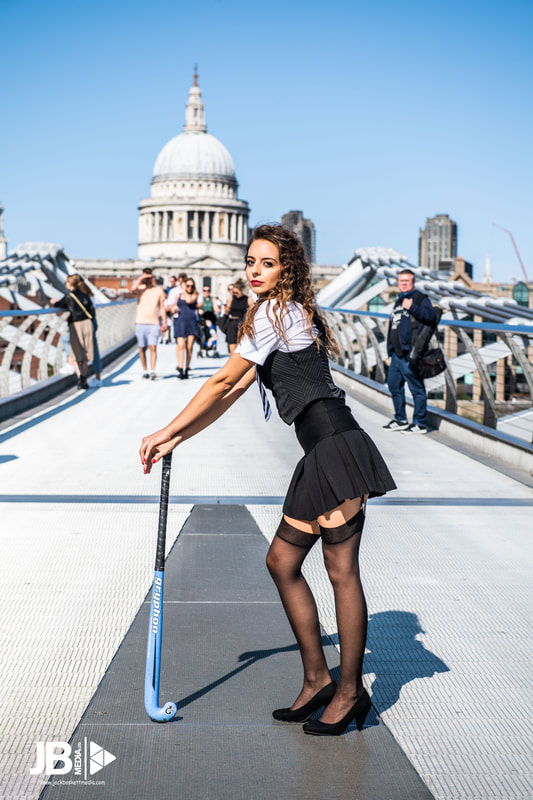 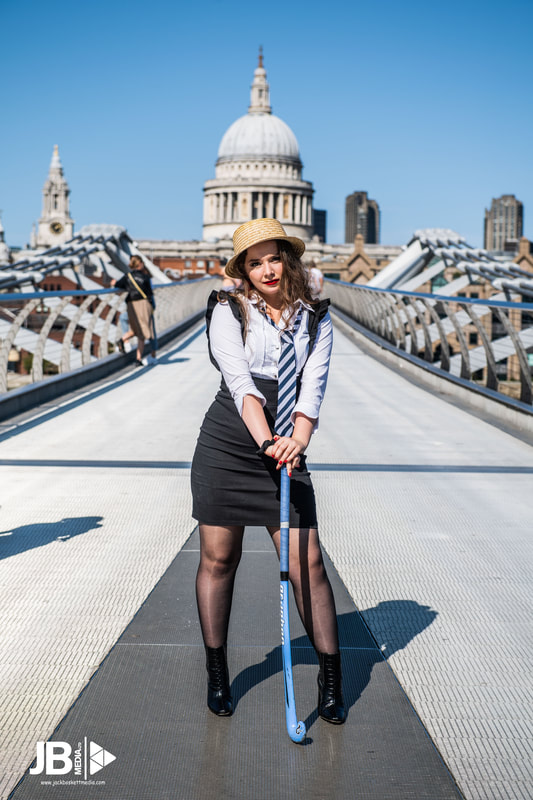 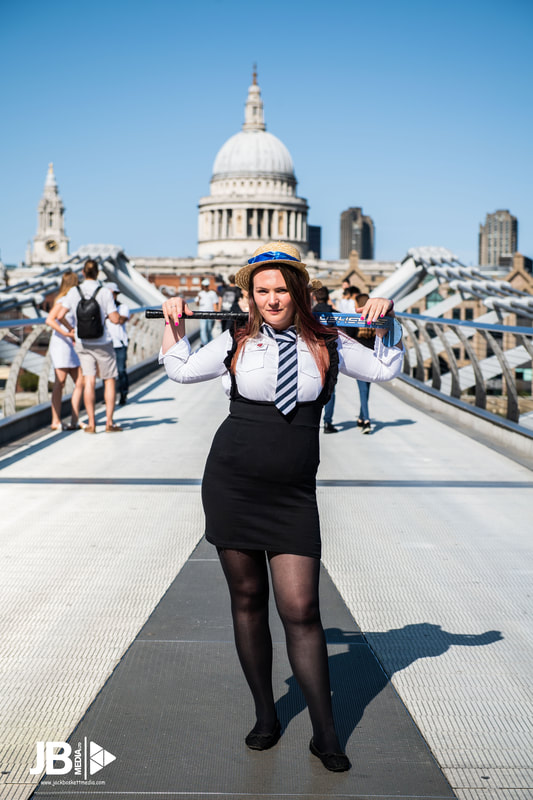 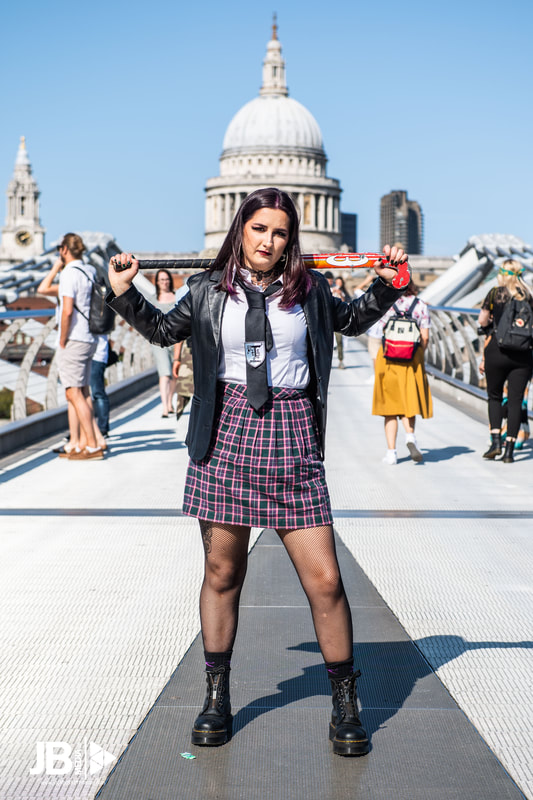 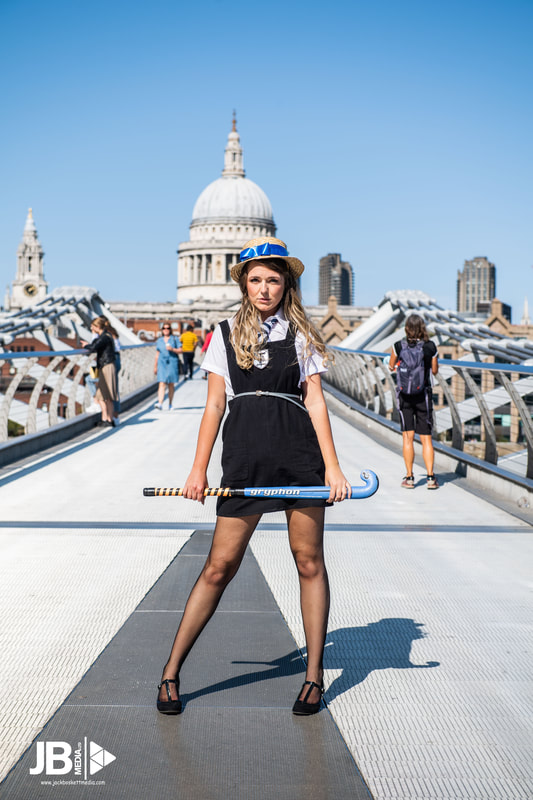 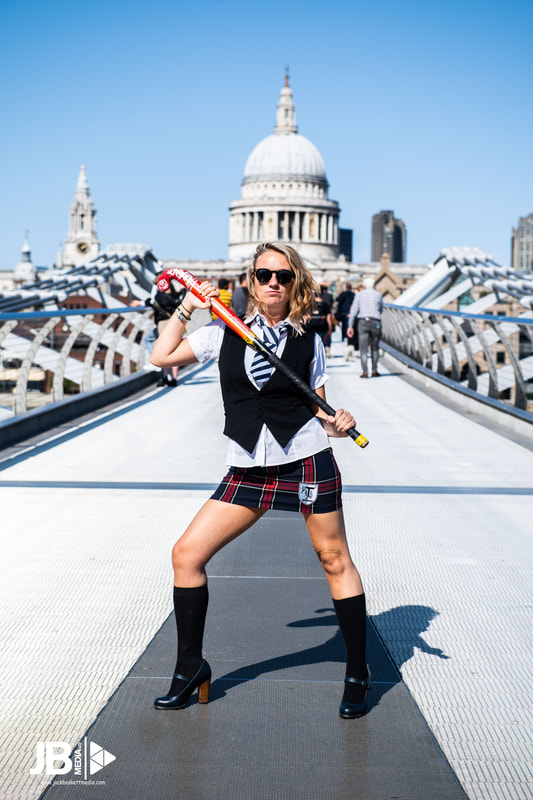 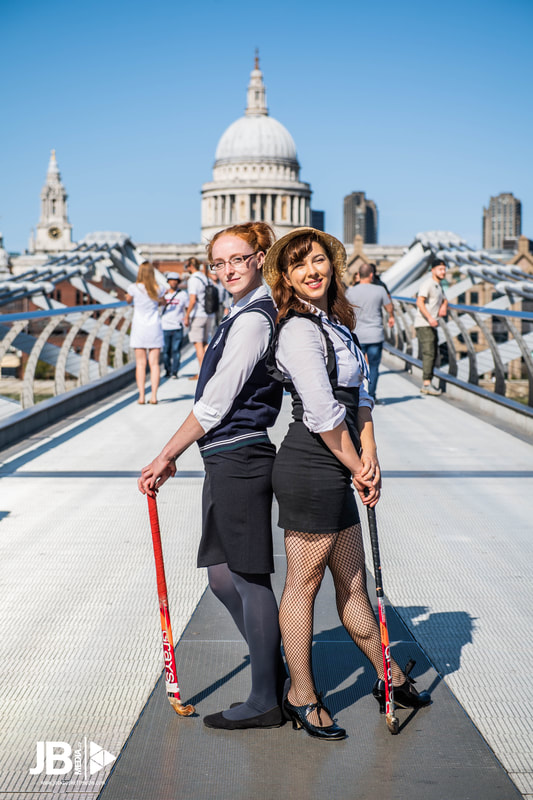 A filming sequence of St. Trinians took place in Trafalgar Square in 2007 featuring Lily Cole, Tamsin Egerton, Paloma Faith, Talula Riley and Gemma Arterton. Inspiration was taken from their images at this location and an attempt to recreate the scene was made by the team.